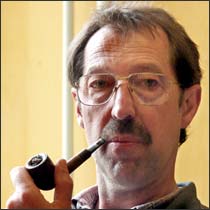 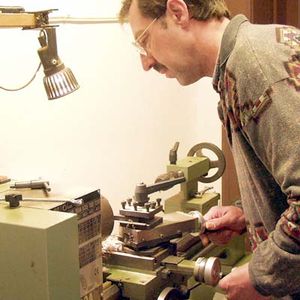 How I became a pipe maker:

I was born on the 25th March, 1949 in a little village 30 miles south of Copenhagen. When I was a boy I was very fond of outdoor activities like playing football and having a lot of fun playing in a big forest close to my home.

When I was 16, a friend and I had a great interest in pipes. We joined a pipe club, and we started to make our own pipes from briar blocks bought in Copenhagen. At that time I worked at a gas station, and sometimes while waiting for the customers, late at night, I had plenty of time for filing and polishing my self-made pipes. I was greatly satisfied with finishing my own pipes for my family, my friends and for myself, although when I happen to look at these pipes today, naturally I must smile at the shortcomings of these first attempts in pipe making. 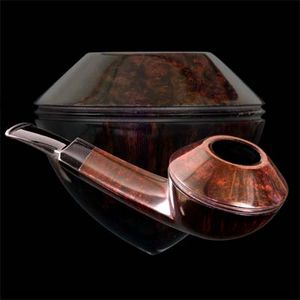 At the same time during those years, I took a very active part in trying to CREATE things in different fields. I made experiments in the art of painting. It was fun, but I didn't become a new Van Gogh. But when I see Van Gogh's many paintings with sunflowers, I feel a tight relationship to his strivings, for in the same way I try to refine my favourite pipe shapes by making them several times.

I also played jazz- and rock music. I was only 15 when I travelled all the way trough Europe to Naples in Italy by train to play there with our jazz band during the summer holidays. In the train I brought with my double bass, which was bigger than me. 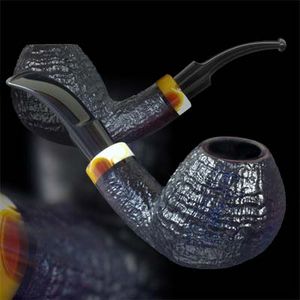 Later, I played the guitar in a rock group together with my brother, my friend from the pipe club, and several others. I composed quite a lot of tunes myself, and this interest I have followed up since by composing tunes from poetry written by good Danish poets. When the members of a band are able to get the music to "swing", it's a wonderful feeling. My favourite rock group was the English "Ten Years After", but actually ten years after in real life I had chosen another way to get that "swinging" feeling, that is by making pipes. 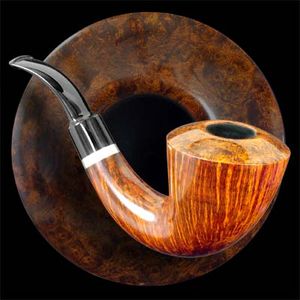 Already as an apprentice I began to produce special tools for pipe making. I designed and built up a lathe for this purpose. This was the first of many machines that I built for pipe making. However, I don't make pipes in the industrial way. The machines only help me making the hard work a little easier, and in the end every single pipe is finished in the handmade way.

Still, for me, the designing and making machines have an additional meaning being a creative challenge itself. Here of course I take great advantage from my experience in the mechanics.

When I had finished my education in 1970 (21 years old) and subsequently done my military service, I worked as a locksmith for many years. For some years the pipe making nearly stopped, but I developed my skills in the technical area and my interest in good workmanship, including a sense of accuracy and perfection. In the course of time I got the opportunity to create machines also in my paid job. 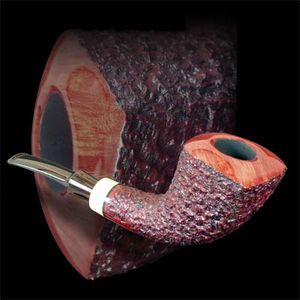 When I was about 30, I came across a block of briar, and I started making pipes again and found great pleasure in it. I also got married at this time to Jane. We have 2 daughters, Mai (born 1981) and Maria (born 1986).

The pipe club - as I have told you about earlier - had arranged a visit to Emil Chonowitsch. At that time I first had the dream to become a real pipe maker. Later - about 1985 - I visited him for the second time, this time in order to show him some pipes from my own hand. In this way I happened to get in contact with his son, Jess, who needed some special tools for pipe making. This was the beginning of a cooperation - and friendship, with Jess and his wife Bonnie, which has lasted ever since. I was lucky that he and his father could make good use of my technical skills at this time 15 years ago, for I must say that I have taken great advantage from their great knowledge of the briar.

In the time following my meeting with Jess, I made some semi-manufactured articles for Stanwell. I mounted silver rings, bamboo and horn. Soon I also found customers for my own pipes.

Four years ago my family and I moved to a bigger house on the island of Lolland in the southern part of Denmark. Here we have fitted out a big room as a very nice Workshop for my pipe making. This is really a fulfilling of the dream of working as a pipe maker in fine and beautiful surroundings. 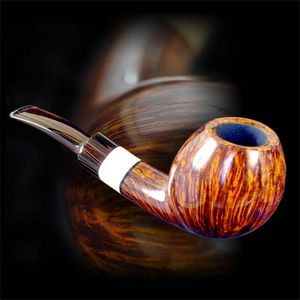 As I said earlier, I like to refine a certain type of pipe by trying to make it better all the time. I may make about 4 - 5 pieces of a shape I like. Maybe the bending should be a little longer or a little deeper, or the neck should be shorter etc.

I think the briar with its fine grain is very exciting to work with. It is always a challenge and deeply satisfying if you can get the shape and the structure of the wood to form a synthesis. I use briar from Greece and Corsica. 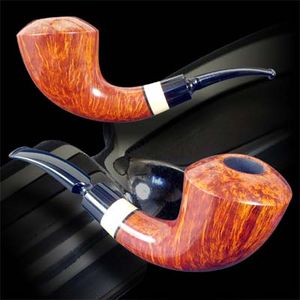 If I make several pipes of the same shape, I have the opportunity to make them on a machine I have built myself. Otherwise the pipes will be hand-turned or made in the freehand way. All my pipes are finished in the hand made way. The retail prices for these pipes are from about 1.500,00 DKr – 4.000,00 DKr.

I am an A-person getting up early in the morning. I take a look out across the fields, and I listen to the birds' singing while remembering earlier times when the nature meant a lot to me too. I'm filled with joy as I get to work in my workshop thinking about what a privilege it is to work with, what you like most of all.

It's not that pipe making can't be a hard job. It certainly can, but in the end you are rewarded by looking at, touching, and holding the result of all your energies in your hand: The finished pipe.