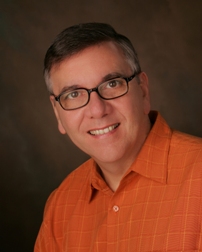 Craig Loscalzo is a relatively new pipe maker from Lexington, Kentucky. He was influenced by Kai Nielsen (Fyn, Denmark) and trained under Tim West (Columbus, Ohio) and Ronni Bikacsan (Nashville, Tennessee). He became interested in making pipes following a visit to Kai Nielsen's shop in Fyn, Denmark. Craig is fortunate because his Danish brother-in-law Finn is an avid pipe smoker. Finn introduced Craig to the variety of Danish pipes available.

Like many pipe makers, he was first a pipe smoker. But it doesn't take much for those with the interest and inclination to make the leap from pipe smoker to pipe maker.

Loscalzo Pipes was established to make available pipes that Craig makes. He makes his pipes under the registration of Pipes by CAL. Loscalzo Pipes also cleans and repairs pipes.