Next Generation in the Pipeline By Casper Olsen 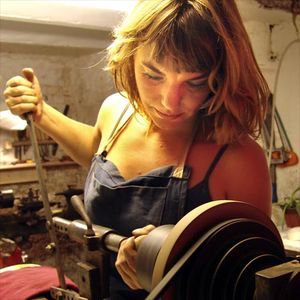 Nanna Ivarsson was born on the fifth of April 1974. She was the youngest of Lars Ivarsson’s two daughters and the one to pick up the family interest in pipes almost from the very beginning. At that point the family lived in the countryside well away from the city, and there was nothing the toddler loved better than to spend the time together with her father in his workshop, watching him at work and occasionally trying to wrestle the hidden figure from a chunk of wood herself. From a very early age she showed a remarkable and highly imaginative talent for the shape of things.

At the age of five she became interested in pipes, and at the age of nine she sold her first pipe at a price of 200 Danish kroner and eight pounds of candy. Two years later she sold another pipe, and soon she would spend all her spare time making pipes. Whenever she wanted a break from the hard, mysterious blocks of briar wood, she loved to draw and model.

The result of this unique combination of talent and hard work didn’t fail to materialize. Before long she was selling pipes abroad with customers in Germany and even Japan, and a portrait of this young, exceptional pipe maker also appeared on national television. 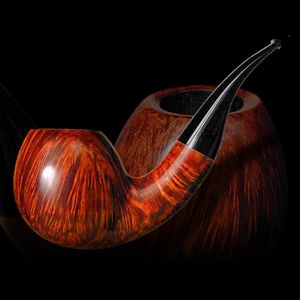 At the age of eighteen Nanna moved to Copenhagen, the capital of Denmark. Here she was apprenticed to Sixten Ivarsson.

She likes to reminiscence about her first years in Copenhagen with her famous grandfather. It was a fantastic time. The city of Copenhagen was something different, of course, but more than anything else it was a gift to get to know her grandfather through the daily work.

Sixten had a rare sense of humour. He was loving and gentle, but his creative vision also made him a demanding master. According to Nanna this was the perfect atmosphere for her skills to grow and thrive in. Now and then her father would pay them a visit, and she still remembers some of the discussions of forms and methods between her father and grandfather. A memorable time, indeed.

When Sixten was taken ill, Nanna stayed with the workshop and the pipes until she began her education as an industrial designer at Denmark’s Design School. Her close relationship with Sixten continued, and his advice and support were invaluable throughout. 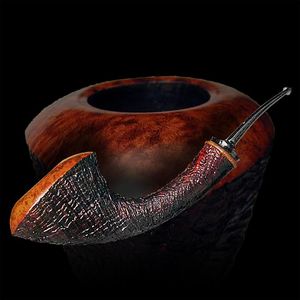 For two years Nanna worked as an industrial designer, but she found herself more and more thinking about pipes. Finally she decided to return to her first love. Back in her father’s workshop she was, once again, the apprentice, and Lars turned out to be an excellent, but relentless teacher. He seemed to have had faith in his daughter’s abilities, however, because after just one year he let her set up shop with all Sixten’s old tools and machines.

"The charm of working these old machines is enormous, and their eccentric quirks are far outweighed by the thought that they have seen some of the best pipe makers as apprentices", says Nanna.

She often feels that Sixten’s spirit is watching over her as she works. For instance when she needs a particular tool and turns to his almost infinite collection to find the piece that is just right.

Making pipes makes Nanna happy. There is immense satisfaction to be found in the work, but also a challenge to live up to the perfect standards of form and finish set by her father and grandfather. 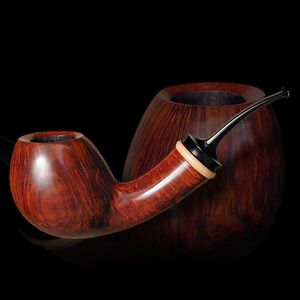 "I’m sure I shall make pipes always", says Nanna. "I keep experiencing the same excitement each time I hold a new piece of wood in my hand. I can’t help thinking about whether it will turn out perfect as intended, or whether there are hidden flaws somewhere in there".

Then she gets going, and more often than not, she thinks of Sixten’s words: "It’s not too difficult. All you have to do is keep grinding till you reach that red line".

It takes just a brief glimpse of her work to realize that Nanna Ivarsson is yet another of those craftsmen who know exactly where that red line is.