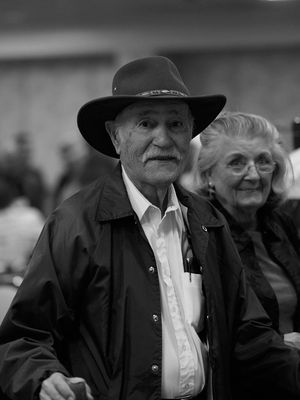 Paul Perri with his wife, Margaret, at the Las Vegas Pipe Show in November of 2013, courtesy, pipes2smoke.com 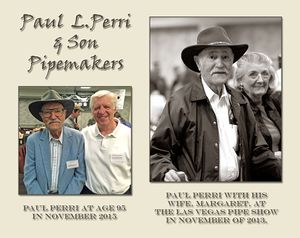 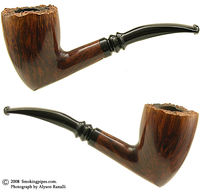 Denoted as Paul L. Perri & Son, pipemakers, Manhattan Beach, CA. Paul was still making when he reached 100 years of age, and may have been the oldest living pipe maker. He passed away just short of his 101st birthday in December of 2021.

Paul was well known in California, but less so in other parts of the country and the world. He was a formative influence on a number of American pipe makers, including Trever Talbert. The sandblasted lovat shown bellow typifies Paul's work, which consists of larger classic shapes with slight twists here and there.

Chance Whittamore, a well respected pipe restorer who was fortunate enough to spend time with him believes "…nobody, living or dead, had the combination of pipe knowledge, depth and breadth, that Paul did." [1] 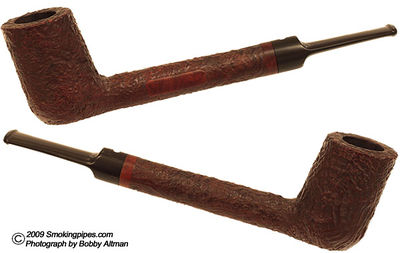