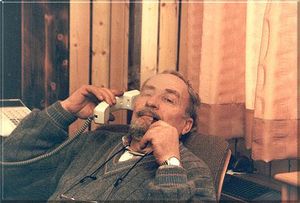 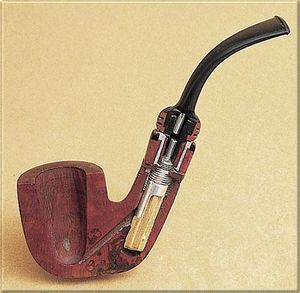 Update:Today I am saddened by the news that Alexander passed away on February 10th, 2015. Our thoughts and prayers are with his family and friends. We are very thankful for his contributions to the World of pipes. --sethile (talk) 21:00, 12 February 2015 (UTC)

I am Alexandros Zavvos, born in Molos, Thermopylae, near Lamia. Since I was a child I had an inclination for art, starting with painting. I studied Radio-electronics, and at age 23 I got involved with commerce with a capital of 150.000 drs. in 1962.

I entered the pipe business where I met, by total chance, with Mr. Libero G. Albanese, first technician and producer of briar-wood models in Kalabria, Italy. When I told him that I am Greek, he almost prayed, saying that we Greeks have the best briar in the world for pipe-making! From that moment on I understood that this fellow is in love woth his work - and he transmitted that to me instantly!

From mid-1962 to 1963 I searched all over the world for a college or a school in order to be taught the art of pipe-making, but in vain - there were none. Moreover, I wasn't able to make it through the big European pipe-makers of that time (British, Italian, Danish). I was convinced that only through experience there was a chance of me becoming what I wanted. 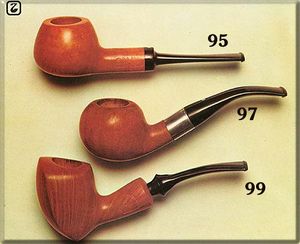 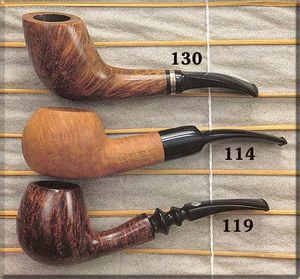 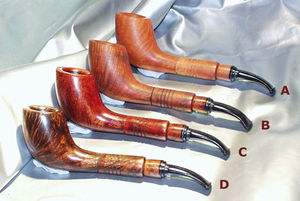 In 1964 I started the commercial briar-wood model production, in 1965 I constructed empirically my first pipe and in 1967 I started the vertical production (this is from the briar Greek woods to the consumer) - maybe there is no other factory in the world producing smoking pipes vertically.

In 1970 I started the research, which was accomplished in 1984, on the 1st generation hygrostatic system. In that same period we founded, my brother and I, our factory in Lamia for the production of ebony epistomes.

Today, 40 years later, I have succesfully arrived at the production of the 5th generation hygrostatic pipe. I will finish by saying that this pipe, to what concerns the pleasure it provides, has nothing to do with that pipe for peace, offered by American Indians.