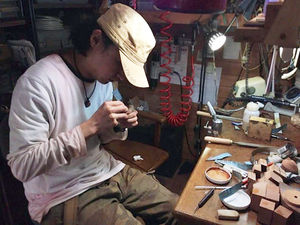 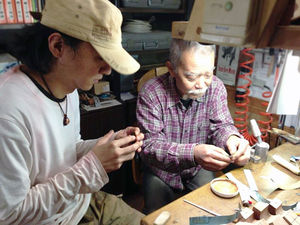 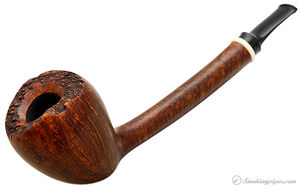 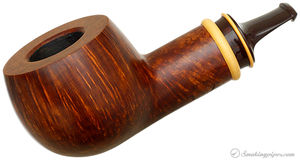 Reiichi Kurusu (who goes by "Ray") was born in November of 1977 in Osaka Japan, a bustling city where he still has a home, a home within which you'll find his workshop as well. Ray never gave pipes much consideration until he made a visit to the Tokyo Pipe Fest in 2011, and ran into an unassuming carver named Hiroyuki Tokutomi. To say that Kurusu was intrigued by both the master and his craft would be an understatement; he immediately asked Toku-san if he would consider mentoring him in the art, and found himself already giving pipe making as a career serious consideration by the end of his first session. Since that fateful day, Ray has visited the legendary carver countless times, learning as much as he could with every session.

Under Tokutomi's tutelage, Ray made steady progress over the next two and a half years, making, in his words, "A huge leap" during the last six months of that period. Clearly, Sykes Wilford of Smokingpipes.com agreed with the self-appraisal. Encountering Kurusu's new work at the Pipe Fest in 2014, he offered to purchase Reiichi's briars for his site on the spot.

Ray only uses Mimmo briar, refuses to have anything to do with pre-formed stems, and his draft holes are measured to an easy-drawing 4mm. When asked to cite pipemakers, both living and passed, whose work he most admires, Ray is quick to respond with the likes of Bo Nordh, Jørn Micke, Jess Chonowitsch, Björn Bengtsson, the Ivarssons, Kei'Ichi Gotoh, Takeo Arita and (of course) Hiroyuki Tokutomi. Courtesy, Smokingpipes.com