Please feel free to contribute to this article, but please do not edit the quoted materials, which are under copyright. See Pipedia:Copyright

Quoted materials and pictures are Courtesy of smokingpipes.com 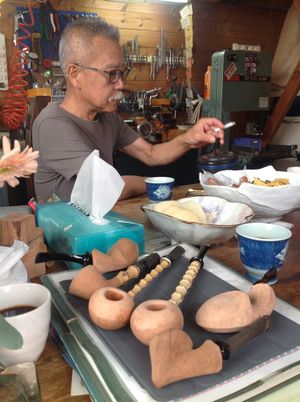 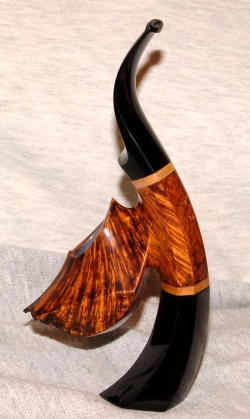 Hiroyuki Tokutomi has had an interest in creating objects of art from wood and other materials since he was a young child. He grew up carving from pieces of wood that he found or purchased and over decades of practice, he developed and honed his inborn talents.

Tokutomi's work is unlike that of any other. In his small workshop near Tokyo, he carves approximately 120 pipes each year and tiny animals and Buddhist artifacts from ivory. His work in ivory has been featured in exhibits in Japanese museums and is noted for its incredibly detailed, delicate workmanship."

"However, it is of course his pipes that interest all of us! Hiroyuki Tokutomi has developed a unique style over his three decades of experience as a pipe carver. Early in his career, in the 1970s, he studied under the venerable Sixten Ivarsson for a year in his studio in Denmark. As with all of Ivarsson's students, Tokutomi's style is occasionally reminiscent of the style of Ivarsson's. However, Tokutomi has also developed a style that is very much his own. Indeed, Tokutomi is one of the most dynamic and artistically virtuous carvers in the world." 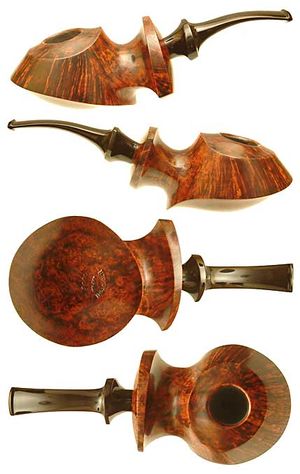 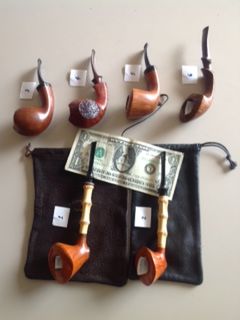 Tokutomi Pipes, from the collection of J. Rex Poggenpohl

A pipe craftsman creates pipes and may even create novel or interesting shapes. A pipe artist creates a composition. Tokutomis work is best understood compositionally. His pipes have an internally coherent aesthetic and far more than the sum of their individual components. They are an expression of an artistic vision. Truly great pipes are works of art, and art cannot be created with a checklist of components. An artist must so completely understand his medium and his method that he can simply focus on the creation. Hiroyuki Tokutomi is one of the very few pipe makers in the world that possesses this level of artistry."

See also, An Analysis of the Artistry of Hiroyuki Tokutomi - By F. Sykes Wilford