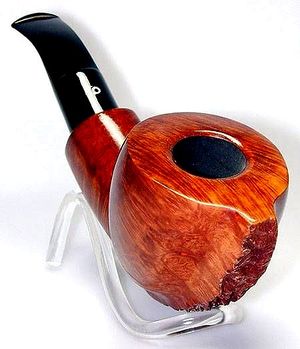 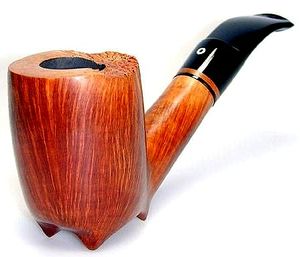 Those weren't good times in Italy when Cornelio Talamona, a carpenter by trade, began to manufacture pipes in his bottega in 1929 to earn an additional income.

When his son Cesare left school in 1945 at the age of 15, times were worse. There was neither a place for an apprenticement nor another job to be found in the destitute and war-torn country. And Cesare felt no desire to a continuing school attendance which moreover would have costed money. So the father, beset by worries, decided the boy might lend him a helping hand in the workshop where at that time in priority furniture pieces of the indispensable kind were made - and repaired above all. And then... Time would tell.

Gradually Italy recovered from the consequences of the war - above all thanks to enormous aid by the United States. Cesare Talamona remained in the workshop and became pipe maker. And Talamona Pipes made their way first to some important pipe shops in northern Italy where they gained a considerable good reputation for the small brand. This helped a lot to sell pipes in Germany since the later 1960's as well, where the circle of customers admittedly remained manageable but affectionate due to a very good quality at moderate prices. Almost all of these pipes were made for 9mm filter.

In fact, Cesare Talamona never became one of the real great names of Italian pipe making. Though during the best years, in the 1980's, there were even some auxiliary crafts, and also Cesare's son and his two daughters earned their livelihood for a while in the family business. On the 31st of December 2000, the firm was closed officially. The main reason was that Cesare's wife had passed away. But eventhough Cesare Talamona came back to the old workshop often, where he gladly made pipes for good friends and casual visitors. "As long as heart and hands still tag along" as he used to say.