Initially, these changes were done with a paper label having the tobacco weight in ounces or grams and ounces 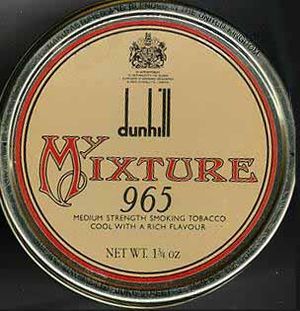 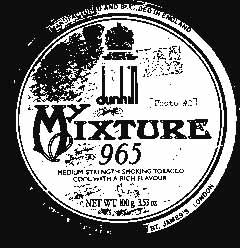 but shortly a painted tin was introduced with weight measurements in grams, followed by a lower case "e" (apparently a common market reference) and uniformly marked "Blended In The United Kingdom" (it is believed that the uniform use of "United Kingdom" does not rule out the continued use of McConnels as one of the independent blenders during the eighties and rather stems from a natural corporate desire to have uniform labeling). In addition, the weight stampings were eliminated from the tin bottoms and the four ounce coin twist tin type was flattened a half inch to a one and a half inch height and widened to about an inch to a four and seven eighths inch diameter.