As a pipemaker René Wähner (Wähners Handmade Pipes) seems to have stepped out of some foggy nothing... No one knows for sure what he did before, what was his main profession or where he learned his skills. But really from the very first piece in 1994 his pipes were fairly hyped by some German pipelords for their fine craftsmanship, good smoking characteristics and artistic appearence.

A little later, there were some rumors saying René Wähner had passed away. And - surprise, surprise! - all of a sudden brand new Wähner pipes hit the market. They were claimed to come from his hereditary deduction and being finished by some other German pipe artisan. This news was spread by some German online trader. Maybe, to raise some profit from the bones of a dead pipemaker?

But René Wähner was not dead at all! Early in 2006 he answered the phone and also emailed to a well-known pipe collector saying that he would get back to pipemaking as soon as his health would allow him to do so! No more news since that time!

btw: He was among the very first pipemakers who employed the new medium internet. And his site is still operating and surely worth a look! The volcano shape (Nos. 3 & 8) is most typical for him.

One thing to be put right: It is not true that Wähner made only smooth pipes! He did very nice blasts as well. But, as a hobbyistic pipemaker - did he have his own equipment? 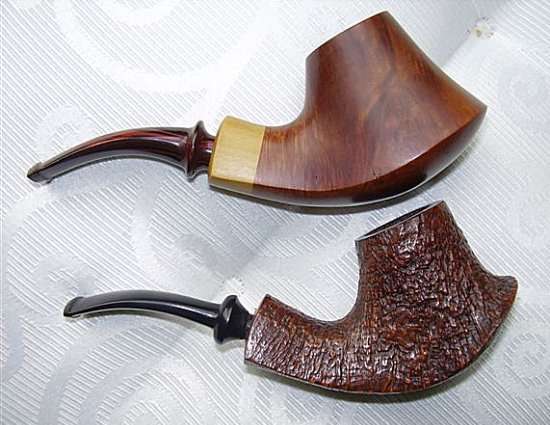 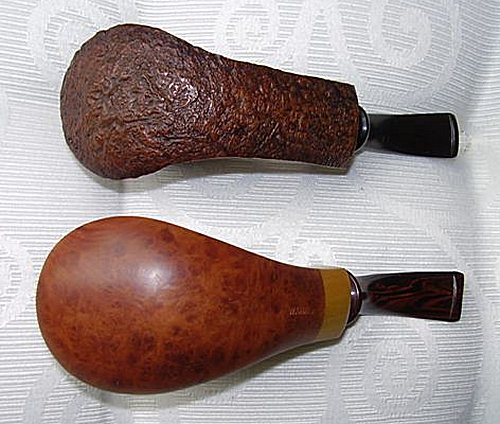 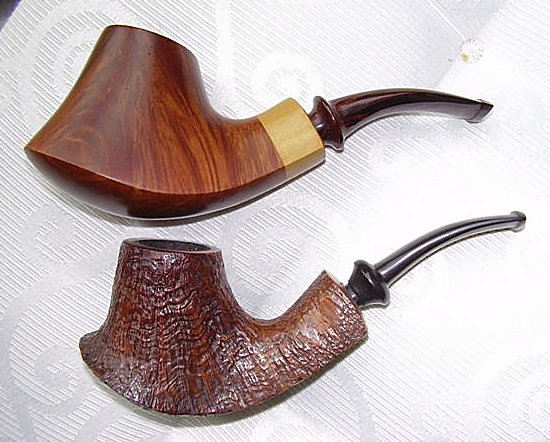