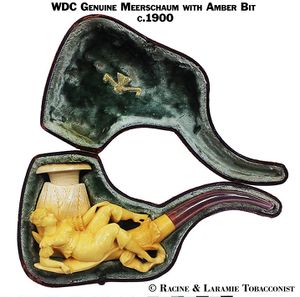 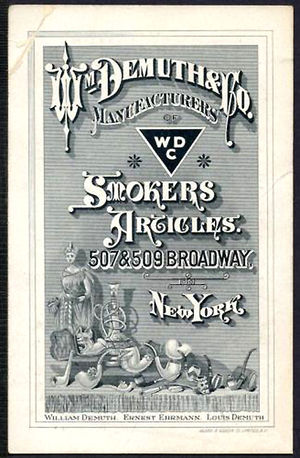 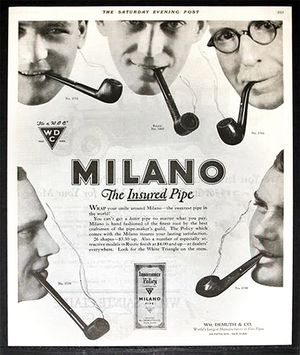 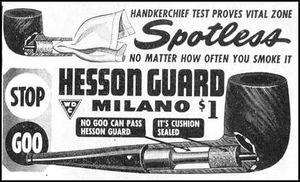 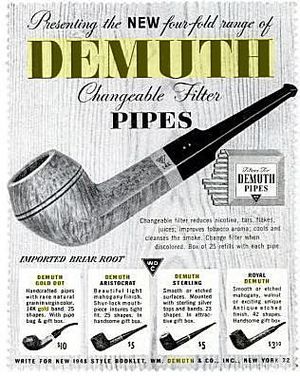 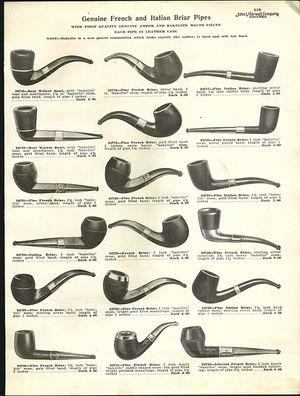 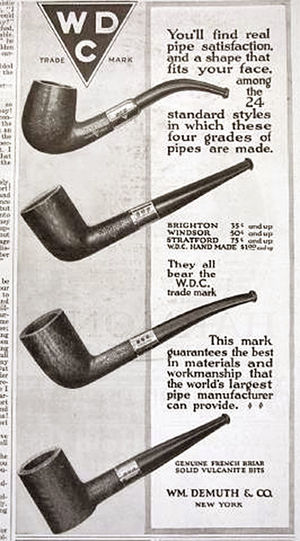 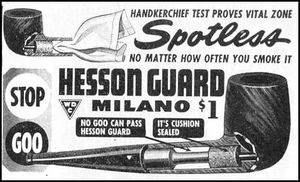 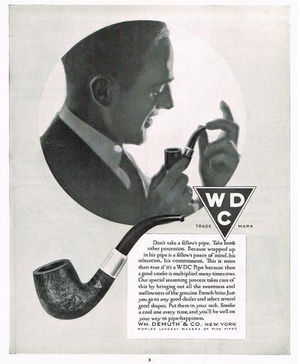 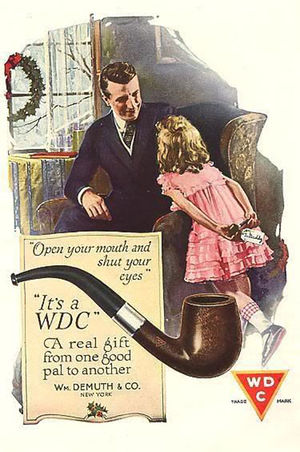 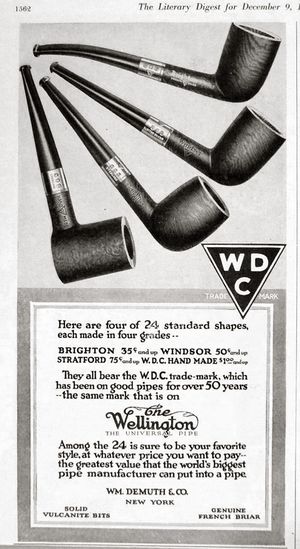 William Demuth. (Wilhelm C. Demuth, 1835-1911), a native of Germany, entered the United States at the age of 16 as a penniless immigrant. After a series of odd jobs he found work as a clerk in the import business of a tobacco tradesman in New York City. In 1862 William established his own company. The William Demuth Company specialized in pipes, smoker's requisites, cigar-store figures, canes and other carved objects.

In 1897 Ferdinand Feuerbach joined the Demuth company and by 1903 had become the production manager. Feuerbach is credited with developing Demuth's popular Royal Demuth and Hesson Guard Milano pipelines. He left in 1919, when Sam Frank Sr. needed an experienced pipe man to run his pipe factory, located at 168 Southern Blvd., in the Bronx. Feuerbach and Frank had been close friends since Frank started his own business in 1900 and was closely associated with the sales staff of WDC, selling their line of pipes. 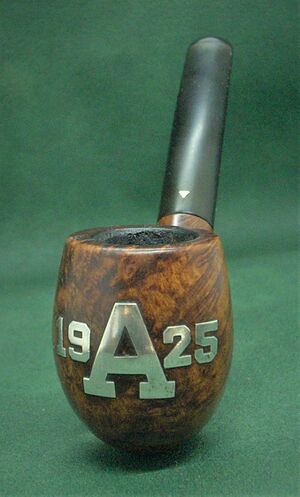 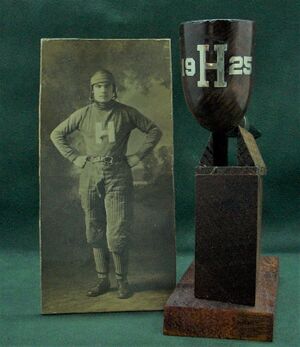 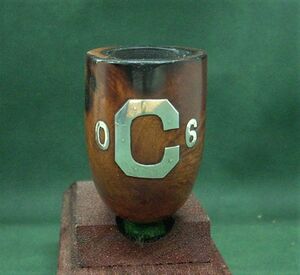 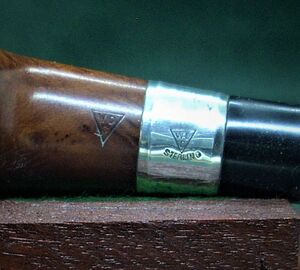 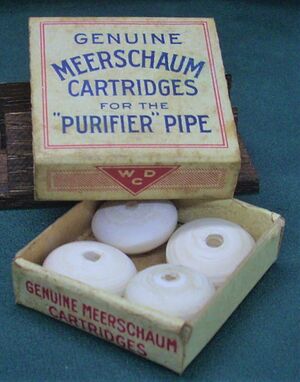 A box of "Genuine Meerschuam Cartirdges for the Purifier Pipe", courtesy Briar Robertson

The following is an interesting baseball themed pipe by WDC. If you have any information about this unique pipe, please add it here, or send it to sethile.pipes@gmail.com and we can add it for you.

In early 1937, the City of New York notified S.M. Frank & Co. of their intent to take by eminent domain, part of the land on which the companies pipe factory was located. This was being done to widen two of the adjacent streets. As a result of this, Frank entered into negotiations to purchase the Wm. Demuth Co.'s pipe factory in the Richmond Hill section of Queens. It was agreed upon that Demuth would become a subsidiary of S.M. Frank and all pipe production of the two companies would be moved to DeMuth factory. New Corporate offices were located at 133 Fifth Avenue, NYC.

Demuth pipes continued to be made at the Richmond Hill plant till December 31. 1972. Then the Wm. Demuth Company met its official end as a subsidiary company by liquidation. Demuth's mainstay pipe, the Wellington continued to be offered in the S.M. Frank catalog until 1976. In the mid-80's, the Wellington even made a brief return as a direct to the consumer offer.

The Hesson pipes are named after William Wallace Hesson whose inventions lead to two patents: