The Danish pipemaker Peter Hedegaard (Born 1951) died on the 8th of April, 2007 after a few months of illness. He is deeply missed by his near and dear as well as by many friends. 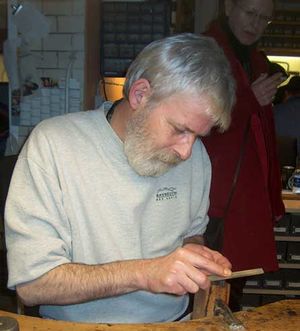 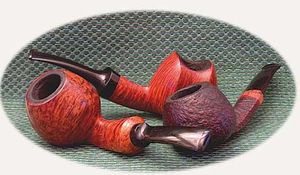 In 1976 the editor of the magazine Stop as well as the founder of The Nordic Smokers Guild, P. C. Olrik, called together for a meeting in Copenhagen. The Nordic Smokers Guild, which had been an organisation to support the Stop magazine, should become an independent society. At that meeting I was sitting next to a young man with long hair and a full beard. This young man told me that he was working as an apprentice in the W. Ø. Larsen workshop. As most apprentices, he was mainly working with repairs, but he also proudly showed me the very first pipes he had made all by himself. They were not perfect, as he very clearly pointed out, but the style fascinated me. This young man’s name was Peter Hedegaard, and from that first meeting I have had the privilege to continuously follow his progress as a pipemaker.

(Around Hedegaard's time at W.Ø. Larsen, the Larsen workshop was run by Hans Jonny "Former" Nielsen and included other legendary makers such as Teddy Knudsen, Tonni Nielsen, and Poul Ilsted!.... contributed by Rex Poggenpohl) 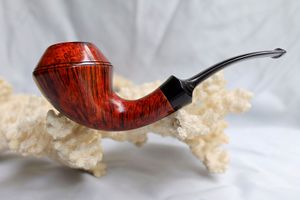 After his time with W. Ø. Larsen, Peter opened a workshop of his own in Copenhagen. But he was not very comfortable living in a big city like Copenhagen, so when suitable premises were vacant in Helsingør he decided to move there. Helsingør is very conveniently placed for us living in the south of Sweden, so from then on it became a habit to pay Peter a visit when visiting that town. But Peter was born and spent his childhood in Jutland, so he longed to go back there. A few years ago he found a suitable house in Frederikshavn and decided to move. 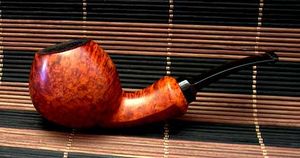 Jutland is far more distant, so I never visited him there. But when we spoke on the phone at Christmas time, we decided that I should come and visit him at the beginning of this year (2007). Just a few weeks before he died I phoned him. I then already knew that he was seriously ill and I understood that Peter was well aware of that, but he had not lost hope. We decided that I should go there the next week, but that I should phone him the day before. When I did phone he was very weak. He could only say a few words and did not have the strength to accept any visitors. A little more than a week later he died. 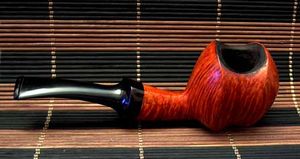 Peter was a versatile man with a lot of interests. He was an extensive reader, he took a great interest in theology and even more in theosophy. His interest in opera was great and about Wagner, it was almost fanatic. For many years he was a regular guest at the festival in Bayreuth, where he was listening to the works of his favourite composer all day long. He also was a skilful violinist and even after having moved to Helsingør he regularly went to Copenhagen to take lessons. So Peter had a lot of interests, but despite that he did not have an easy life. Especially during the last years, his life was darkened by deep depressions.

In my opinion, Peter was one of the greatest pipemakers of his generation. He early on found a style of his own and his sense for design was unique. Peter’s pipes are spread all over the world, but despite that I do not think they have got the reputation they deserve. An explanation for that is probably found in Peter’s nature – he was a kind, quiet and very private man who did not like to go to international shows or exhibitions.

Peter has left a great void behind him. While smoking one of Peter’s pipes my thoughts go to that special day in Copenhagen in 1976. The world has indeed become poorer (with the loss of Peter - ed.).

Pipe Grades (in ascending order): Sandblast, FP1, FP2, FP3, OP1, OP2, OP3, B, A. Pipes having an AA grade also exist but are exceedingly rare.
Peter only graded pipes intended for export; pipes for the Scandinavian market were generally ungraded.