Earl in 2011 there were som epipes at a Swedish online auction site which caught Jan Andersson's interest. The pipes were in elegant shapes, the grain was tight, and as far as he could judge from the pictures, the handicraft was very good. He submitted his bids and was lucky enough to win a few of them. As they lived up to his expectations, he had to meet the pipemaker. A meeting was arranged and he got the opportunity to see more pipes stampled Leopold. 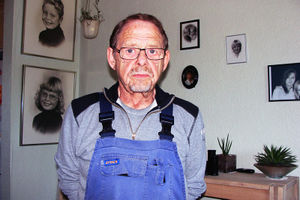 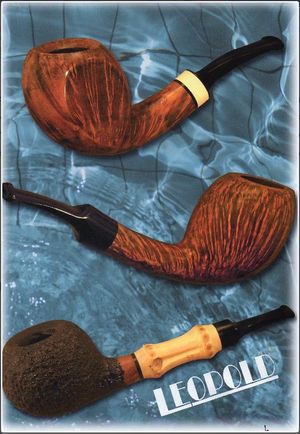 Heinrich Leoplold Jensen was born in 1943 and live in Sildeborg, Jutland and started making pipes in 1990. The pipes were made in his spare time and mainly sold locally. But when Heinrich retired in 2008 he met the pipemaker Erick Nielsen. Erik became his mentor and gave him a lot of guidance and since then his pipes have been sold at exhibitions in Denmark and on the Internet. The pipes are stamped Leopold, nothing else, and most stems are made from ebonite. Occasionally a stem from acrylic may appear.

When Jan met Leopold in March 2011 he was about to promote his pipes on the international market, and he is convinced that we will hear a lot more about him in the future.