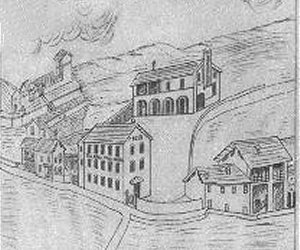 Many thanks to our friends at Rossi, for their generous underwriting support

In the years around 1870 and still later the bulk of Italian pipes was made by time taking and laboriously manual work. Mainly based on families who sold their pipes to travelling purchasers handing them on to some wholesaler. Most pipes were still made of box or olive wood.

Ferdinando Rossi from Milan was one of the most important wholesalers for tobacco related goods of northern Italy. When he attended one of his pipe suppliers in Saint-Claude in 1880 he got hooked on the idea to establish this manner of industrialised briar pipe production in Italy as well. Rossi went abroad several times to buy the hardware here and there because the special features of machines for pipemaking were secrets - well kept by the French in those days. Many machines and tools had to be modified on Rossi’s defaults. 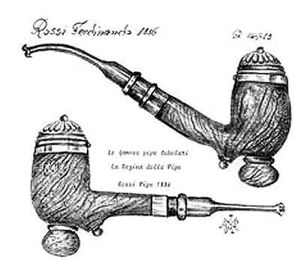 He acquired a large area of land in Barasso in the province of Varese and founded the Fabbrica di Pipe di Radica Rossi in 1886. For sure there was no lack of skilled workers and Rossi personally recruited 30 craftsmen of different occupations from the environment to get started. After a few years the enterprise had developed well and entered into export trades. In 1892 e.g. the ledgers registered the first pipes shipped to Brazil.

One reason of success was the ultramodern conception of the factory and it’s equipment at the given time. To give an example: a system of canals invented by Rossi drove water to turbines propelling downstream generators, which supplied the entire machinery with electricity. Also lighting and heating were already electrically operated.

In the first years after 1900 Rossi grew steadily and became one of the ten biggest pipe manufacturers of the world. Rossi’s rapid ascent produced further foundations of pipemaking firms in the area around the Lake of Varese.

So the province of Varese became the most important center of Italy’s pipemaking industry after the turn of the century. Still going strong today along with the brands in the provinces of Como and of Pesaro. 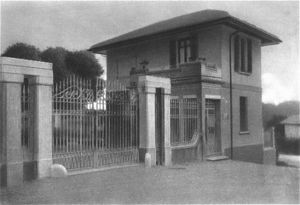 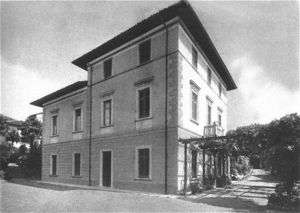 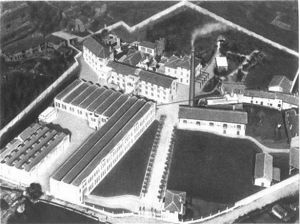 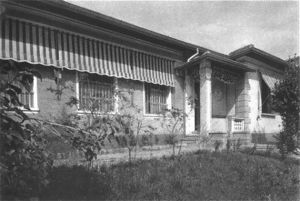 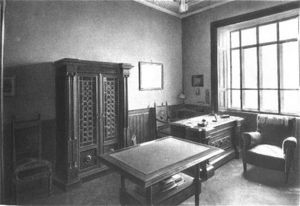 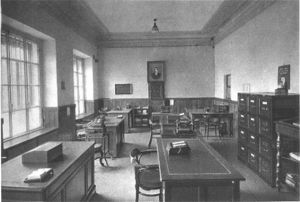 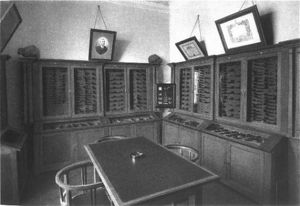 From 1918 on Leonida Rossi supported his father in the management of the company. Later he was designated as chairman and joined by his brothers. Rossi now firmed as Fratelli Rossi Barasso shortly FRB.

Between the world wars Rossi finally promoted to be the biggest pipe factory in the entire world. Next to the domestic market in Italy the United States were the most important client.

The factory was systematically and consequently modernized and extended. The briar was stored in 18 sheds, which were arranged six by six in three rows. There was a power plant, a sawing mill, a department for ebonite mouthpieces as well as a department for horn mouthpieces, a department for filter tubes and one for fittings made of metal etc. Taken for it’s size practically any of these individual departments outmatched any other complete pipe factory in Italy! At the end of the production line stood a warehouse for the finished pipes featuring the dimensions of a big a department store.

(Remember, those were the days when good restaurants offered a free pipe to the gentleman to end a fine meal with a fine smoke!) These numbers were never reached by any other manufacturer. Even not approximately.

Rossi is also credited with exemplary social features. The company maintained a well equipped hospital ward, the employees enjoyed large dining rooms and showers after work. There were shops where they could buy the products of some Rossi owned farms from the environment at subsidised prices. For the youngest children there was a kindergarten and the elder ones could spend their school vacations in a holiday camp named after the founder’s wife Marisa.

From appr. 1946 up to the end Ferdinando Rossi II, a grandchild of the founder, headed the company. But after World War II the world of the pipe changed dramatically. Especially in Italy, where those big pipe factories mainly turned out pipes for the lower priced segments of the international mass markets. The demand for these pipes shrunk considerably as more and more smokers turned to cigarettes. Rossi got into this vortex as well. Little by little the number of pipes produced sank. This evolution was accelerated by the upcoming fame of pipes from Denmark. As well, new Italian brands established after the war like Castello, Brebbia or little later Savinelli operated cleverer and thus were more successful.

So the decline went on through the 1960’s and 1970’s, even though Rossi offered more than 800 possible shapes in dozens of lines and uncounted finishes. Besides the completely machine made pipes there were also some lines of semi-freehands and even quite considerable freehands were made. But all these efforts could not stop the fall anyway. Due to increasing financial difficulties Rossi closed down in 1985, just one year before the 100th anniversary.

"Ferdinando Rossi was one of the pioneers in bringing the production of briar pipes to Italy, a contemporary of Achille Savinelli. And though the two were competitors in business, in their private lives they enjoyed a close friendship. So it came to be that, just shy of a century after its founding, the Rossi family's marque came into the caretaking of Savinelli, after the former found itself unable to adapt to the changes in the post-WWII tobacciana market. This same old friendship is also one of the reasons why Savinelli has been keen to give the Rossi name new life, as Rossi by Savinelli, focusing on quality, affordable Italian pipes." Courtesy, smokingpipes.com

From the beginning of its activity and until, surely, 1918, the most part of Rossi pipes was just marked with "REAL BRIAR", "VERA RADICA" or "BRUYERE GARANTIE" (or something similar): this can easily be explained by the enormous amount of pipes daily producted, which requires the fastest solution.

From, approximatively, Twenties, Rossi pipes were marked with "FRB" (Fratelli Rossi Barasso) or "MFRB" (Manifattura Fratelli Rossi Barasso), into an oval and above "OLD BRIAR" (or similar - sometimes, there was also "MFD. BY ROSSI", as "Manufactured by Rossi"); on the stem, there was generally the "R" letter in circle. However, "FRB OLD BRIAR" was mantained for the "traditional pipes" (for cheap models - see below), surely, to Sixties.

From, approximatively, the fiftieth anniverary (1936), pipes were marked with "Rossi" (in cursive font), with model name just under it; on the stem, there was "ROSSI" (for expensive models like "extra", which had the best quality; "racine", which was rusticated by hand; "extra grain", which was accurately sandblasted; "super", which had the best briar selection, and a limited production; "fiamma", which was the best selection of Sardinia and Greece briar, and a very limited production) or "R" in circle (for unexpensive models like "standard", "grana" and "FRB").

From, approximatively, Seventies, until 1985, Rossi pipes were marked with "ROSSI", into an oval (sometimes there was also "ITALY" on the shank); on the stem, there was "ROSSI". In these years, appeared the signature "Nino Rossi" (in cursive font): he was the last heir of the factory.

When Savinelli took back the production, it is said that first pipes had a twinbore mouthpiece, with "ROSSI" on the stem, and they were marked with "ROSSI" on the shank. Today most of them had 6 mm or 9 mm adapter (also, for the most part, the stem was made by methacrylate, always with "Rossi" on the side).

A walk through the factory