Scott "Munkey" Anderson is an American pipemaker currently based in Northern California.[1]

Scott has been carving for several years, and has studied under Brad Pohlmann, Jeff Gracik, and Jody Davis. He debuted commercially at the 2007 Chicagoland International Pipe & Tobacciana Show and exhibited again in 2008.

Although his other career in Silicon Valley keeps his annual output low, he has already garnered significant attention for his exacting engineering and eye for design. In addition to a noteworthy series of bamboo-stem pieces, he is probably best known for his work in diminutive sizes -- both smaller scale versions of classic shapes as well as a striking series of bruccianosos (nosewarmers).

He is increasingly regarded as one of the best of a new generation of American carvers. Tyler Beard wrote of him, "Having seen the progress of hundreds of new carvers on my website and pipe-making forum,...probably three or four have the 'it' it takes to make high-grade pipes.... [L]et me assure you, he has 'it.'"

Scott Anderson pipes can be identified by their distinctive circular stamp, with his bespectacled monkey logo in the center. 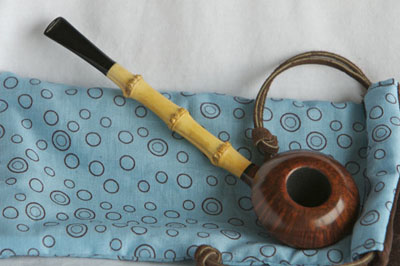 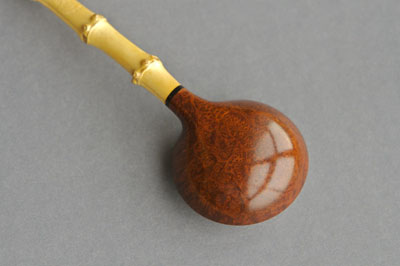 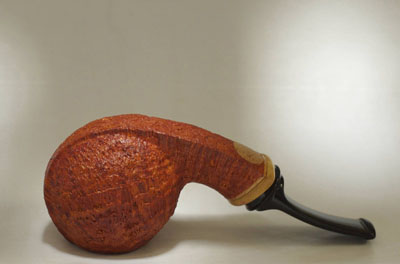 "This pipe is superior to the Eltang in fit and finish, even more so the Heeschen, and generally makes me say, 'Wow,' every time I check it out. Most notably, the stem work is first class in every sense of the word. The draw perfect, the fit of the tenon in mortise solid and smooth, the comfort in the mouth flawless, the polish of the stem mirror. The blast is intriguing, the shank cap the perfect compliment to all other aspects of the pipe (and perfectly executed), and the color of all components is great...Do I sound impressed? I am, in every way. I'd love to tell you all that I find wrong with this pipes, and in fact, I have. Nothing....I know what makes a high grade pipe, and this is it in every way." - Tyler Beard (review of Scott Anderson blowfish)[2] 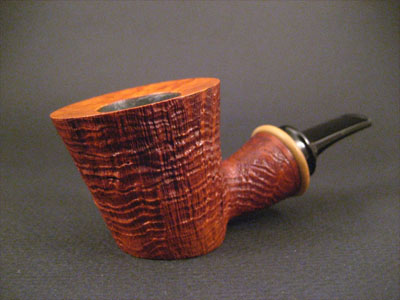