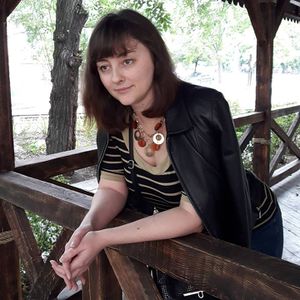 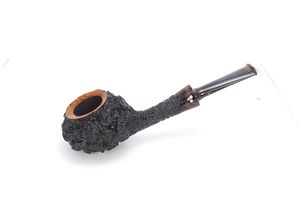 Irina Serova is a young pipe maker in the Ukraine who started making pipes in March of 2016, only 2 years ago as of this writing. She still considers herself a beginner in the sense of how long she has been making pipes. That may be so, but her work clearly shows great skill and she has already developed a unique voice.

The following questions were posed by Manuele Cavani so we could get to know this promising young pipe maker. I have edited the English a bit for clarity --sethile (talk) 09:28, 14 January 2018 (CST):

Manuele: When did you start making pipes?

Irina: I started to make pipes in March of 2016, almost 2 years ago. So I guess I can say I'm still a beginner

Manuele: How did you come to get the passion to nake pipes? Who was you teacher?

Irina: I’m not a pipesmoker and I’m not a smoker at all, but I like a smoking pipe as a beautiful and pleasant object. I was lucky to have an opportunity to observe how Alex Brishuta makes his pipes, so I decided to try and make a pipe by myself. Surely, Alex helped and taught me. Surprisingly I succeeded and loved the process. Thus something, started from curiosity, became a serious employment. Shortly after that I decided to leave the work I was doing in order to dedicate myself to pipemaking.

Manuele: Do you have specific pipemakers who you admire or are your favourites?

Irina: A lot of pipemakers make beautiful pipes, it would take so much time to name all of them. I just like to look on other pipemakers' work and adore the different forms and finishings created by their hands.

Manuele: What are your favorite shapes?

Irina: Pokers and tomatoes - for now they are my favorites. But that may change eventually, since I still have so much to try.