Yves Bäcksteiner was born in Switzerland and lives in Basel. He started smoking a pipe at the beginning of 2013 and was so enthusiastic about it that he made his first models in May of the same year. He writes the following: 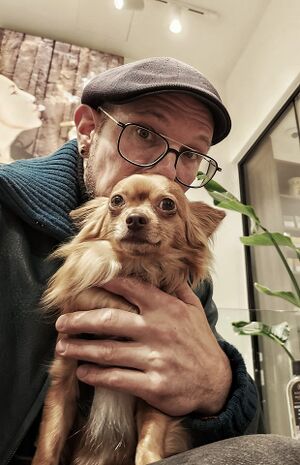 I had the inspiration during my first visit to the pipe fair in Speyer / Germany.

It was the first time I saw Christian Wolfsteiner's pipes in real life. His pipes were a mystery to me and I asked him how he managed to create such shapes, surfaces and colorings! He only said :

That's all he said. Rest in peace my friend

This sentence stuck with me and shortly afterwards I started to implement it with a WistleFish.

My Freemind pipes were then also created from this one sentence. The idea as a free spirit to turn the pipe shapes and surfaces upside down and reinterpret them. This is how my signature pipes, the starfish, came into being. The flowing forms of flora and fauna still characterize my work today.

In the following years, I have consistently followed this path and many interesting forms and surfaces have emerged from it.

In 2020, I built my last pipe, which was inspired by the Warrior Wasp. As I feel too limited in pipe making, I am now involved in art of all kinds, specializing in sculpture.

Will I ever make pipes again? I can't answer that. But never say never!