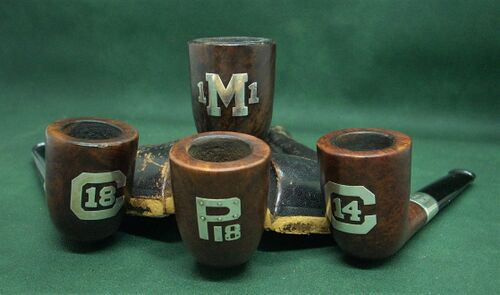 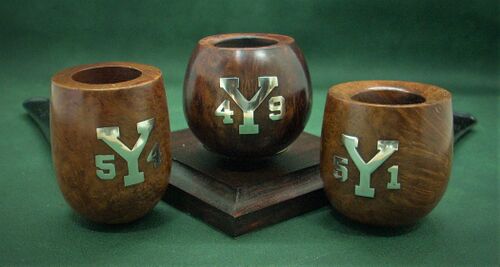 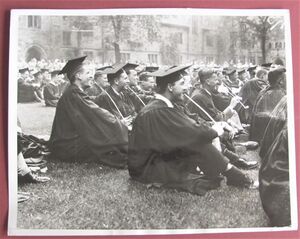 This photo dated June 17th, 1935 shows Yale graduates smoking clay pipes, which were afterward broken and ground into the dirt to symbolize their passage from their "Bright" college days. Other Eastern Colleges had similar traditions. Courtesy Brian Robertson 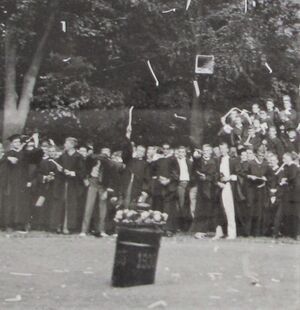 Around 1900 and slightly earlier, pipe smoking on college campuses, by faculty and students, seems to have been the tobacco implement of choice. From the 1890's until at least the early 1940's , the pipe was the "big man on campus". My research indicates that several Eastern colleges in the late 1800's had a single "class pipe" that was smoked during a school ceremony, marking the end of a school year. Emulating early western movie scenes, the pipe was passed among faculty and chosen ranking students, not unlike the native American "peace pipe" shown in those same films. Some colleges even had a pipe annually used in a ritual, not a "class pipe", but literally referred to as "the peace pipe". This "peace pipe” was smoked by the warring "tribes" of the senior and junior classes, symbolically ending their conflict as the seniors graduated. 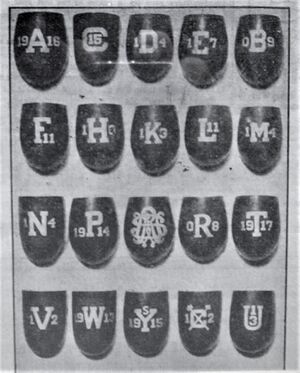 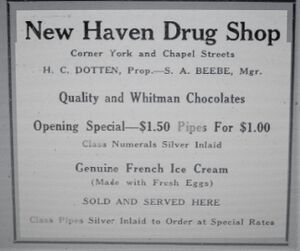 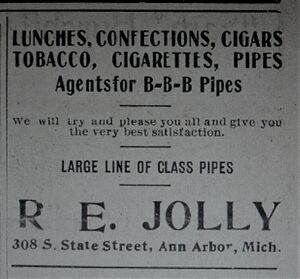 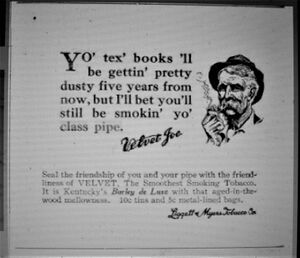 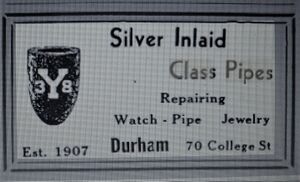 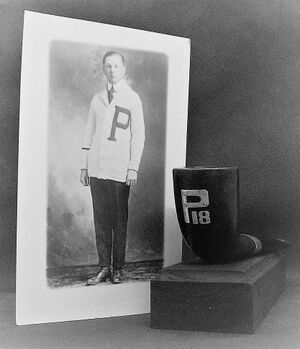 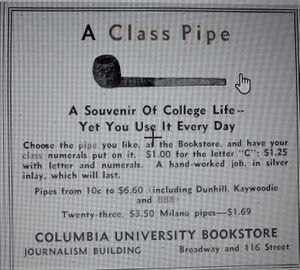 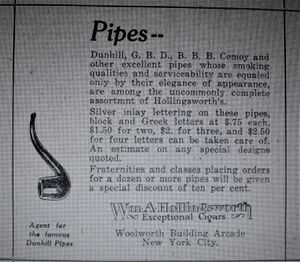 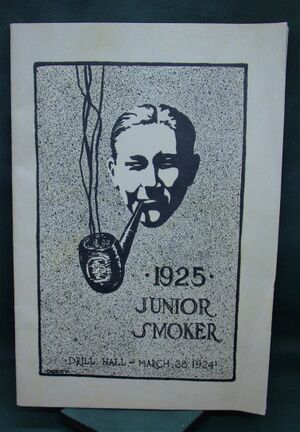 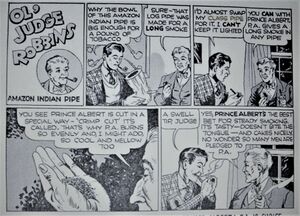 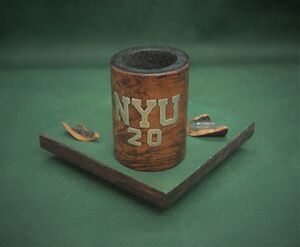 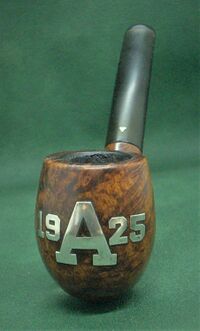 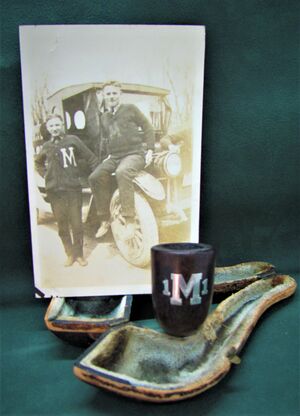 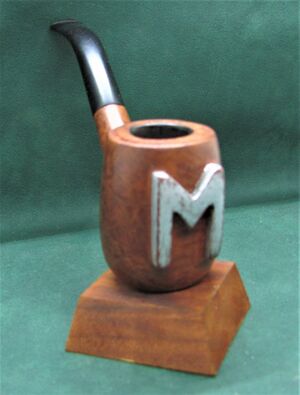 An unofficial, University of Michigan Class Pipe. It is unbranded, but has U.M stamped on the bottom of the bowl, along with the raised relief silver painted M, courtesy Brian Robertson 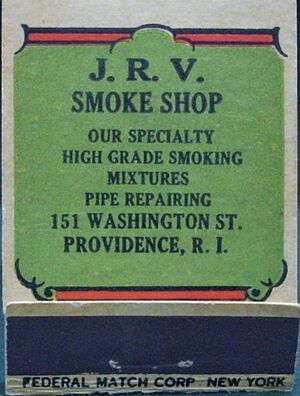 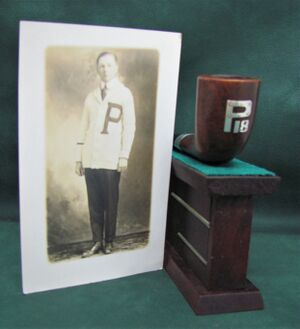 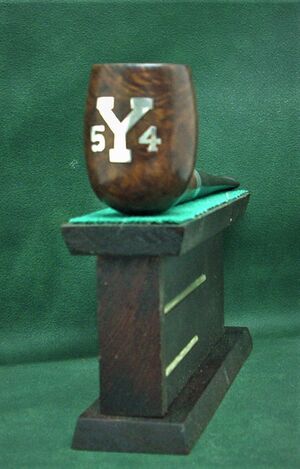 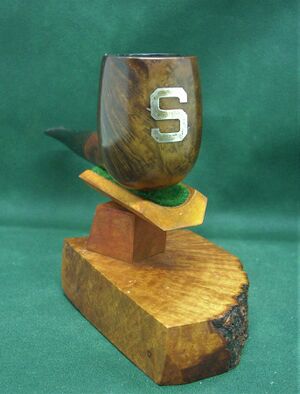 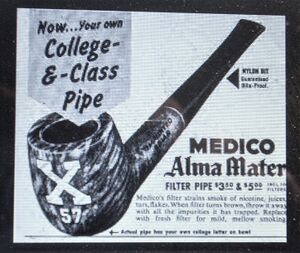 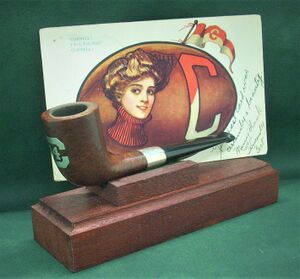 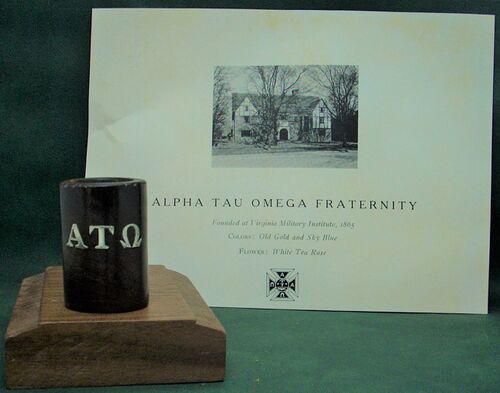 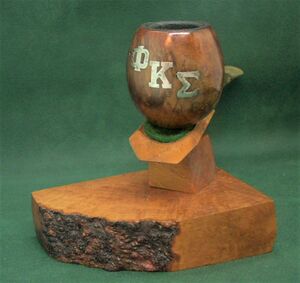 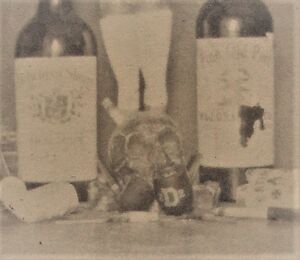 A grainy photo with a 1922 Class Pipe and "1919 Dartmouth Frat Party" written on the back, courtesy Brian Robertson

Note: Introduced in the 1940's, the Stembiter model featured a beveled area in front of the stem button with a hole that went all the way through the twin bore stem. The feature was touted to end "stem chewing", and in their ads targeted smokers with "strong teeth"