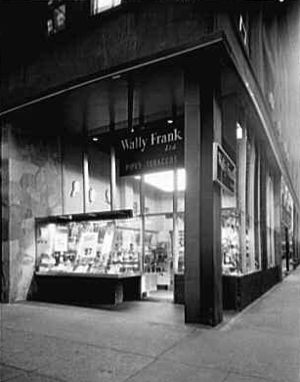 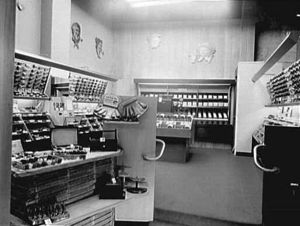 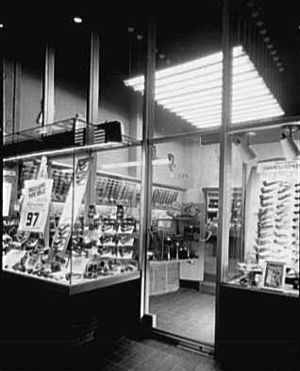 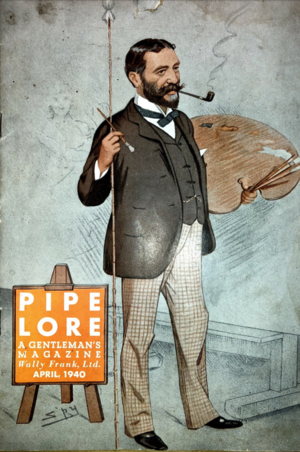 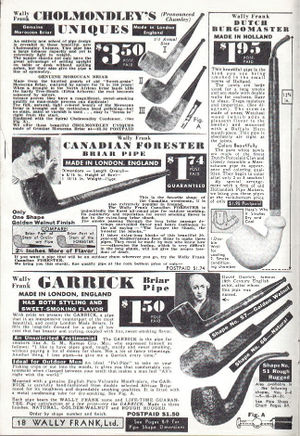 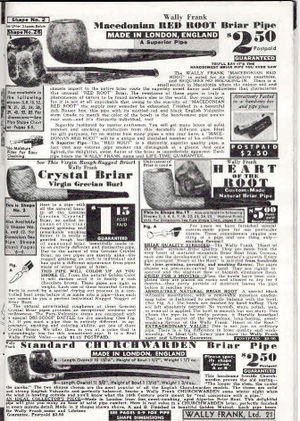 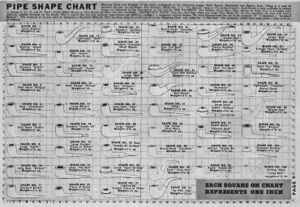 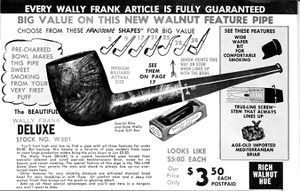 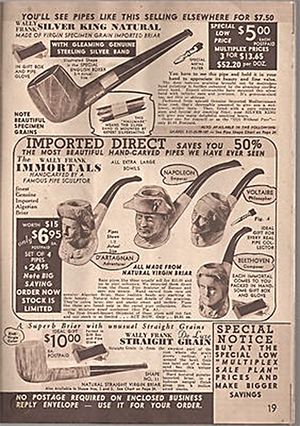 
The Immortals were “Real Old World pipe sculptors carved these pipes with loving care from extra big blocks of specially cured fine imported briar. Extra thick bowl walls not only add flavor, but absorb more heat. Patient hand-polishing brings out all the lustre and exquisite graining of the natural briar. You must act fast, at once, because these rare beauties will be snapped up by collectors who know real value. Only $11.95 each post paid”. 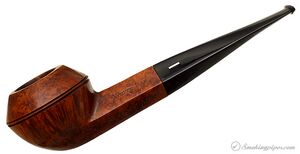 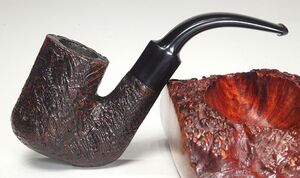 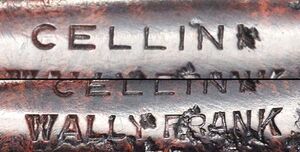