Carl B. Weber was a German from Bavaria. Aged 21 he emigrated to the USA in 1911. In 1938 he established Weber Briars Inc. in Jersey City, New Jersey. Later renamed in Weber Pipe Co.. 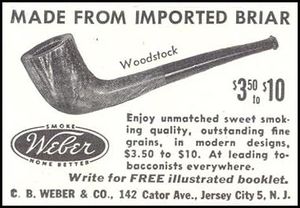 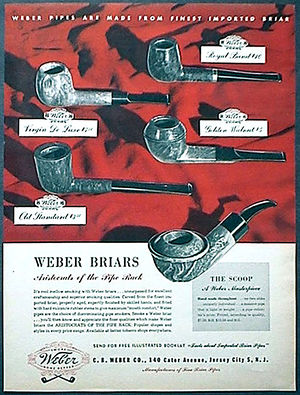 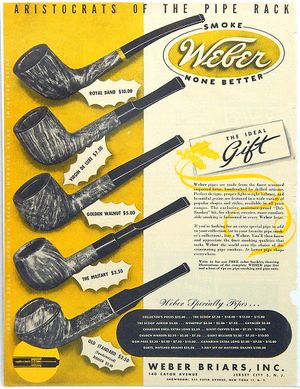 The firm grew to be one of the giants of American pipe industry focusing itself in the middle price and quality zone. Trademark: "Weber" in an oval. Beside that Weber - especially in the years after 1950 - was a most important supplier for private label pipes that went to an immense number of pipe shops. Alone in New York, exactly the same pipes were found at Wilke's, Barclay Rex, Trinity East, Joe Strano's Northampton Tobacconist in Ridgewood, Queens, Don-Lou in Bensonhurst, Brooklyn... Nearly all pipes for Wilke were unstained and many models, for example the "Wilke Danish Bent", could hardly deny originating of Weber.

Weber Pipe Co. owned and manufactured Jobey pipes - when mainly sold in the USA by the Tinder Box from 1970's - 80's. In addition Jobey / Weber bought Danish freehands from Karl Erik (Ottendahl). These pipes were offered as Jobey Dansk. Ottendahl discontinued exports to the United States in 1987 and in the very same year - obviously only as a ghost brand - Jobey was transferred to Saint-Claude, France to be manufactured by Butz-Choquin.

Carl B. Weber is the author of the famous book "Weber's Guide to Pipes and Pipe Smoking". 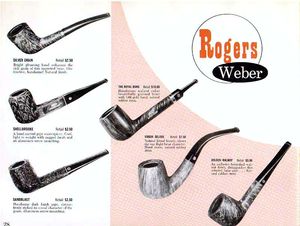 Apparently Weber also had something to do with Rogers pipes and accessories, as can be seen in the following ads and examples. 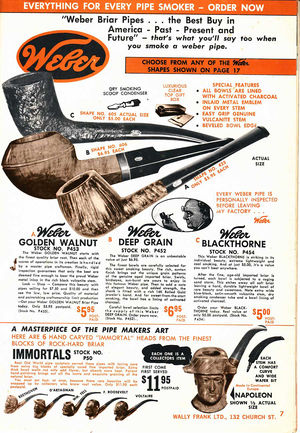 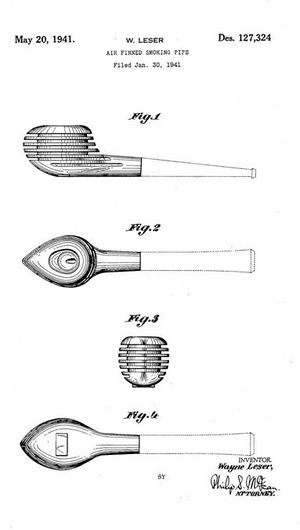 1941 Patent for what appears to be the Steamliner, invented by Wayne Leser